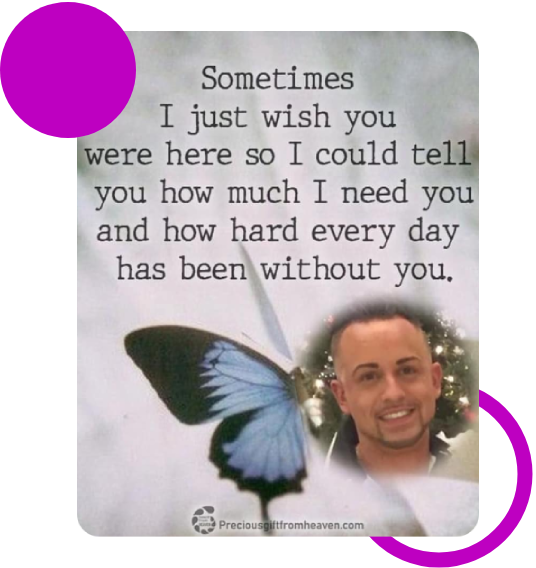 Lake Worth, FL - Formerly of Middletown, New York, Brock Richard Haney, a Middletown native, died unexpectedly on February 4, 2016, in West Palm Beach, Florida. He was 25. The son of Michael and Kym Haney, he was born on October 16, 1990, in Lowville, NY. Brock was currently working for L.A. Fitness in Lake Worth.

Brock is survived by his loving parents, Michael and Kym; his sister, Brittany; his brother, Barrett, and his loving nieces: Ava and Adalee, all at home in Middletown.

Brock is survived by several aunts, uncles, and cousins, along with even more extended family members and loving and caring friends.

While a student, Brock explored many interests, including track and field and cross-country running, drama, and music. Gifted with a sweet and talented voice, he sang in a variety of school programs, as well as coffee houses and churches. He even auditioned for the Fox television show, American Idol.

Brock enjoyed snowmobiling and yearly canoe trips in the Adirondacks in upstate New York. This time with his father and brother and uncles and cousins was something that Brock thoroughly enjoyed and looked forward to.

The details and statistics included here can hardly describe Brock Haney appropriately. Brock was loved by many people. He unconsciously put other people before himself. It required no effort on his part to think of others first. He lit up any room he entered, just by walking into it. His smile was contagious.